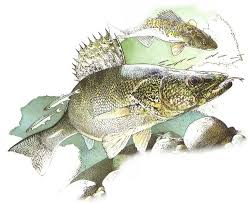 According to In-Fisherman Magazine, this is a list of the top 10 Walleye Destinations Stateside: 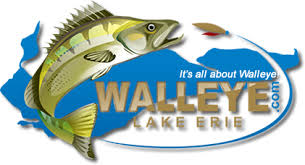 Green Bay Wisconsin is rated number six hottest Walleye spot in the U.S.A. according to the  “In-Fisherman 2013 Walleye Guide!” The fishery has above average odds of catching 28-30 inch plus giants, plus an abundance of smaller fish. Target spawning reefs and tributaries like the Fox, Wolf and Menominee rivers in April, troll the flats through May and June, and head deeper August and Sept……

Note: Just learned that the Walleyes might not be safe to eat at the Fox River in Green Bay because of poor water conditions:

Detroit River, Michigan is rated number seven…..April is time to catch motor city madness when numbers of walleyes flood in from Lake Erie. Expect plenty of 2-5 pound fish, with a shot at prespawn sows up to 14!

Number ten is the great Lake Erie, Michigan/Ohio/pennsylvania/New York…..From prespawn action jigging the reefs after ice-out in March and early April, to casting shallow main lake structure and trolling openwater as the schools head east during summer, the big lake offers world-class walleye action for fish of all sizes, including giants. This number ten rating is a total surprise to me! I thought it would have been rated number one, as most of the hype you read and hear about is about Lake Erie, when it comes to fishing for Walleyes.

By now, I guess you are wondering what area is number one according to In-Fisherman…..Believe it or not, it is Fort Peck Lake, Montana! This is what the article said: For ample eaters plus cisco-fattened footballs over 10 pounds, fish the upper reaches and Big Dry Arm early, then troll deeper mid and lower lake areas in June and July. These fish are nomadic, and mudlines or stained water areas can be key to finding a hot school of wandering eyes.

Sorry to say warmer waters due to climate change are likely to hurt the reproduction of walleye in inland lakes in Midwest states like Michigan.

Gretchen Hansen is a research scientist with the Minnesota Department of Natural Resources.

She says over the next 30 years, as the planet and its waters warm, there will be a significant decline in walleye, especially those in smaller inland lakes, and an increase in largemouth bass.

Hansen says the trend will be most noticeable in smaller inland lakes.