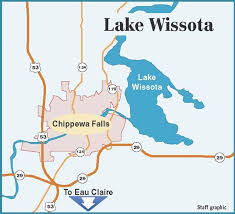 Lake Wissota, Chippewa County Wisconsin is perhaps one of the best Smallmouth fishing lakes you will find.

Over the past forty years, I have fished this lake many times. I have stayed in cabins, motels and the state campgrounds. There are several boat launches on the lake, and most are free. The surrounding towns are close and have many places to eat and shop. As far as the fishing goes, this lake is indeed a “Fish Hatchery!” It’s loaded with Walleye, Musky, Smallmouth Bass and all species of pan fish.  The Smallmouth range from 2-7 Lb’s and are not difficult to catch.  If you are strictly after smallmouth, I would use tube baits in a smaller weight, or a smaller size spinner as the water were they hang out is usually not two deep, but under logs, weeds, hanging trees and your other typical structures. On any given day, you’ll find smallmouth fisherman casting the shorelines  on one of the many bays and channels. 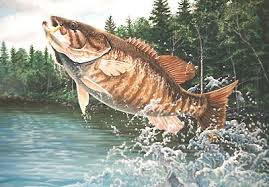 In addition, if fishing for catfish is your bag,  there are plenty of big flat-heads just about anywhere on the lake…..A fishing buddy of mine caught one about 26 pounds on a jig and minnow fishing for Walleye. As there are trophy sized muskies in the lake, we thought he had caught one. NO SUCH LUCK!

Driving from Chicago to Lake Wissota takes about 5 1/2 hours  and is about 280 miles as the crow flies.

The lake was formed in 1915 from a small pond into a 6,024 acre lake with a depth of 72 feet by the Wisconsin Minnesota Power Company as a tool in producing hydroelectric power.

Lake Wissota is a popular destination for many activities. Home of Lake Wissota State Park, many campgrounds, hiking, biking and snowmobile trials, fine restaurants, and bed and breakfasts. The state park is located off of County Highway O, on the north side of Lake Wissota. There is a decent beach for the kids and a free boat ramp just off the camp grounds for boaters.

If you have a family and you like camping, this lake is the place to go…..The kids will have no problem catching fish, and who knows, you might even catch a wall hanger. The largest smallmouth I have caught was 6 Pounds, but I’ve had much bigger one on . My cousin who once lived on this lake,  said he caught an 18 pound walleye back in the day. That would have been a State record, but he said he ate the fish and never bothered to bring to an official weighing station. I didn’t want to call him a liar, but if I ever caught a walleye that big, I certainly would have entered it for a State record at the time. Wouldn’t you?