The Minnesota DNR announced that earlier this year they landed the largest musky they’ve ever seen. It happened while biologists were electrofishing for walleye.

“We were not looking for musky,” said aquaculture biologist Keith Wiggins-Kegg. “That wasn’t our objective.”

Biologists could not resist getting a closer look at the stunned musky, so they brought the fish aboard to take some measurements. It taped out at 61.5 inches, which is 5 inches longer than the state record and 1 inch longer than the world record. They didn’t have a big enough scale to confirm its weight, though.

“A fish like this can weigh between 55-75 pounds, but we will never know for sure,” said Wiggins-Kegg.

After a couple photos, they slid the giant female back into the lake. Based on the fish’s length and girth, biologists think it would contend with the 1949 world record of 67.5 pounds.

This isn’t the first time that a potential world record musky was caught and released. 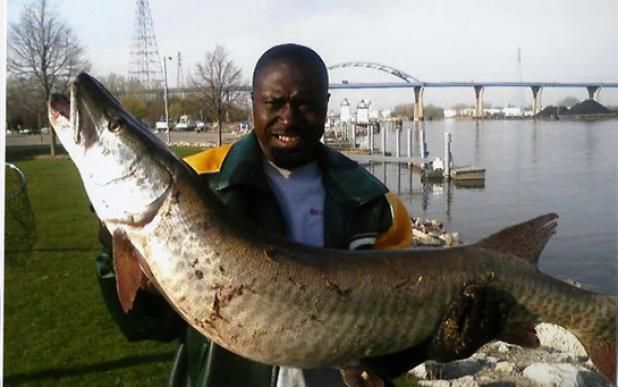 In 2013, John Grover claimed that he landed a 64-inch musky on the shore of Lake Michigan. The Wisconsin musky hunter said he assumed the world record surpassed the 70-inch mark, so he released the fish without any fanfare. It wasn’t until later that day while talking to a bait shop owner that he realized the fish was a possible record.

All I know, if I ever caught a Mucky that big, the first thing I would do is drive to place where they can verify a possible World record. I have to say it does not look even close to a World record.